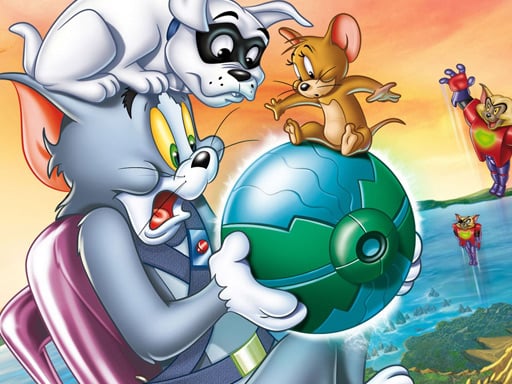 So many mice and cats you have never seen in any game. Tom and Jerry in the plural will fill the playing field in Tom And Jerry Match 3 and you will have to fight with the dominance of cartoon characters. Surely most of you are familiar with this cheerful couple, who tirelessly make mischief to each other, making you happy for many years in a row. Periodically, the characters have a truce, but only for a short time, and then again the chase, cunning, tricks and disappointments. Our game is a match of three in a row. Where you will build up three or more identical heroes, and remove them from t