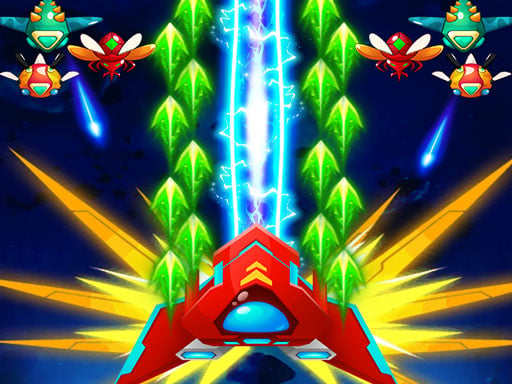 Do you like space shooting and survival games? Like to simulate sky shooting in for glory and duty, then galaxy invaders is the one you should be shooter playing In this air battle, drive your fighter, become a lightning in the gun fight! Enter the galaxy defense state and resist the invasion war launched by aliens! Aboard your spacecraft, you will have to get rid of a large number of enemies while dodging their attacks. Will you be skilled enough to understand your enemies strategy and attack patterns? Drive your armored fighters and fight thousands of enemy planes!