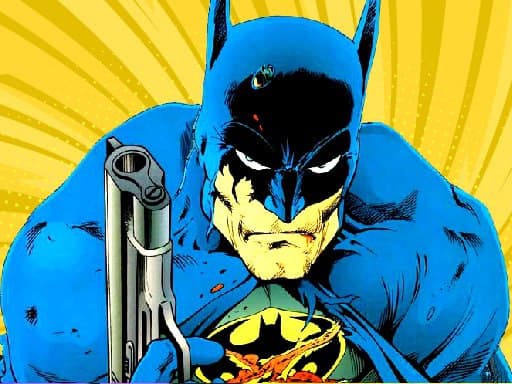 Batman Commander is an attractive action game for you. This game is suitable for those of you who like to fight. In the game, the Aliens have taken over a village. They destroyed the street, trees, and more, some of the inhabitants were killed, and the other half fled. The houses were all burned down. As a superhero, Batman cannot be ignored. He decided to carry a gun to help the locals by killing the aliens. These aliens have different shapes, so Batman needs to be careful in his actions. That's why Batman needs your help. In the game, you help Batman fight with the aliens, and you shoul