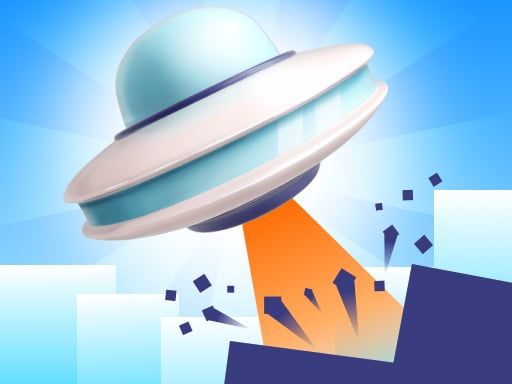 Alert! Alert! The alien invasion has begun! Earth is under attack! Ever wanted to take over planet Earth? Feel what it’s like to be an alien invader? Abduct people for secret experiments or destroy cities to show the world who really rules the universe? Then welcome to Crazy Spaceship! Destroy buildings, abduct all living beings, and spread chaos in your UFO! The more you abduct, the bigger you grow. And the bigger you are, the bigger the objects you can abduct! But watch out! Never trust a fellow alien! They also want to rule the earth, and if they get bigger than you, they’ll swallow you who